Your Work or God's Work? 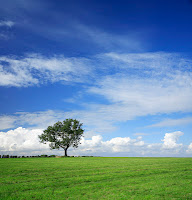 “The way to success and a broad, beautiful outlook on life more often than not leads over obstacles and up a stiff climb before we reach the hilltop.” Laura Ingalls Wilder

Have you ever started the week on Monday and by Tuesday realized you’re already behind? This sums up my life more often than not lately. The more I cross off my to-do list, the more the list multiplies—almost like rabbits—before my eyes. I ask myself: Where does all this stuff come from? Well, me, of course. J But, like Laura Ingalls Wilder observed, life often leads over obstacles and up a stiff climb before we reach the hilltop.
Do you ever feel this way? If so, how do you strive to find joy and rely on God’s strength at the same time? Is it through trial and error—or placing your faith in God’s plans, no matter what?
Laura Ingalls Wilder is one of my favorite authors. She left a treasure trove of writings, not only her Little House books but decades of journals and newspaper columns. One of my favorites is her recollection of how she came to understand the difference between her work and God’s work.
Laura was 15 years old when she became a school teacher to help support her family. At 18, she married Almanzo Wilder and became a farmer’s wife. Three years later, Almanzo suffered a stroke after having diphtheria and never fully regained his strength or health. Laura became his hands and feet, helping him to harness horses and do farm work, much like she had been sister Mary’s eyes after she became blind when they were children.
A few months after Almanzo’s stroke, Laura gave birth to a second child, a son, who died two weeks later. A month later, a fire destroyed their home. At age 22, Laura packed up the family to spend a year with Almanzo’s parents in Minnesota, then two years in Florida to help rehab his legs outside of a frigid northern climate.
After returning to their South Dakota home, Laura did the unthinkable for a married woman in the 1890s. She took a job outside of the home—working as a seamstress for ten hours a day, six days a week, at a dollar a day to earn money to move again. With $100 in savings, at age 27, she and Almanzo with daughter Rose left the Dakotas for good and moved to the Missouri Ozarks where they spent the rest of their lives.
Did she have moments of despair? No doubt. But did she let the hardships consume her or shake her faith? This is from her writings:
“There were dry years in the Dakotas when we were beginning our life together. How heartbreaking it was to watch the grain we had sown with such high hopes wither and turn yellow in the hot winds! And it was backbreaking as well as heartbreaking to carry water from the well to my garden and see it dry up despite all my efforts. I said at that time that thereafter I would sow the seed, but the Lord would give the increase, if there was any, for I could not do my work and that of Providence also by sending the rain on the gardens of the just and the unjust.” (Words from a Fearless Heart)
Are you struggling to discern the difference between your role and that of God’s in your life and work? Take heart from this prayer the Apostle Paul prayed for the Ephesians, and ultimately for all believers:
“For this reason I kneel before the Father, from whom every family in heaven and on earth derives its name. I pray that out of his glorious riches he may strengthen you with power through his Spirit in your inner being, so that Christ may dwell in your hearts through faith. And I pray that you, being rooted and established in love, may have power, together with all the Lord’s holy people, to grasp how wide and long and high and deep is the love of Christ, and to know this love that surpasses knowledge—that you may be filled to the measure of all the fullness of God. Now to him who is able to do immeasurably more than all we ask or imagine, according to his power that is at work within us, to him be glory in the church and in Christ Jesus throughout all generations, for ever and ever! Amen.” Ephesians 3:14-21
Please take a moment to lift up in prayer those on the prayer list and Sgt. Jesse McCart as he continues rehab. If you have a need, please share in the comments section or email me confidential requests.
God bless,
Laura
©Laura Hodges Poole
Photo courtesy of Microsoft.com free clip art
Posted by Laura Hodges Poole at 10:39 AM