As often occurs after a mass murder, statements about God, guns, and mental illness have abounded in the media and in society since last Friday’s shooting at Sandy Hook Elementary School in Newtown, Connecticut.

Where was God on Friday morning in Newtown, Connecticut? 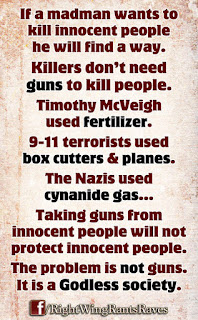 So what’s the answer to the gun debate?
The Sandy Hook school principal lunged at the attacker, but what weapon did she have to stop the killer or protect herself? Her bare hands. That’s sad.
I heard the president of the American Federation of Teachers speak on the television Sunday. The gist of her remarks (expressed in her best kumbaya voice) was school is a safe sanctuary of learning. Allowing more guns in (by administrators arming themselves) would jeopardize this.
Really? 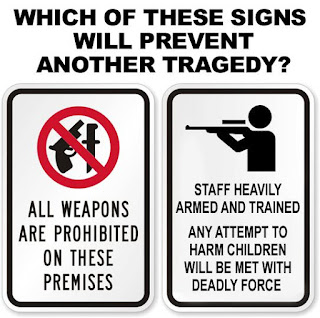 We have armed resource officers in many schools in the South. Perhaps other regions of the country have them, as well. A couple of years ago, an armed student from another school managed to get inside the high school my son attends. The school went on lockdown while the resource officer went after the intruder. When the student saw the officer, he fled. The officer chased and captured him. The officer didn’t have to shoot him, but the kid knew he would. The student was there to settle a score over a girl, not to commit a mass murder, but imagine if he’d encountered the unarmed female principal instead of the armed resource officer. You have to wonder if the outcome would have been different.
In addition to having a resource officer armed with a gun and taser, my son’s high school has two security officers on constant patrol, security cameras whose feed goes directly into the county sheriff’s office, and many other security measures in place. Will this ensure complete safety for my child? No, but consider this. The gunman at Sandy Hook only stopped killing when the first responders were running down the hall toward the classroom he was in. At that point he took his life
The problem of mass murders and public shootings is complex, one that has developed over time. The solution is no doubt multi-faceted, but we can’t afford to take the same amount of time to find it. Nor can it be the single-minded “my way or no way” mentality permeating our society. If we don’t put aside the divisiveness in this country and work together to find solutions, these murders will continue to escalate.
© Laura Hodges Poole
Posted by Laura Hodges Poole at 2:38 PM