Prisoner of war. The phrase instantly conjures up a universal mental image of a soldier’s imprisonment riddled with physical and mental torture, starvation, and sometimes death.

Last week, during our travels, Josh and I stopped in Andersonville, home of the infamous Civil War POW camp in south Georgia. Also ensconced there are a military cemetery and the National POW Museum, which houses memorabilia from all wars Americans fought in. We were pleasantly surprised by the incredible care taken to preserve history and by the size of the state park. In a town so small, it could easily be overlooked by tourists. In fact, I would imagine an accidental encounter with Andersonville would be unlikely.

After driving through thirty miles of farmland, Josh and I crossed a bridge a mile or so before entering the complex. We looked down at old railroad tracks below and wondered whether trains carrying prisoners ever passed over those tracks. We were astonished to learn they did, and then the prisoners were marched to the camp. 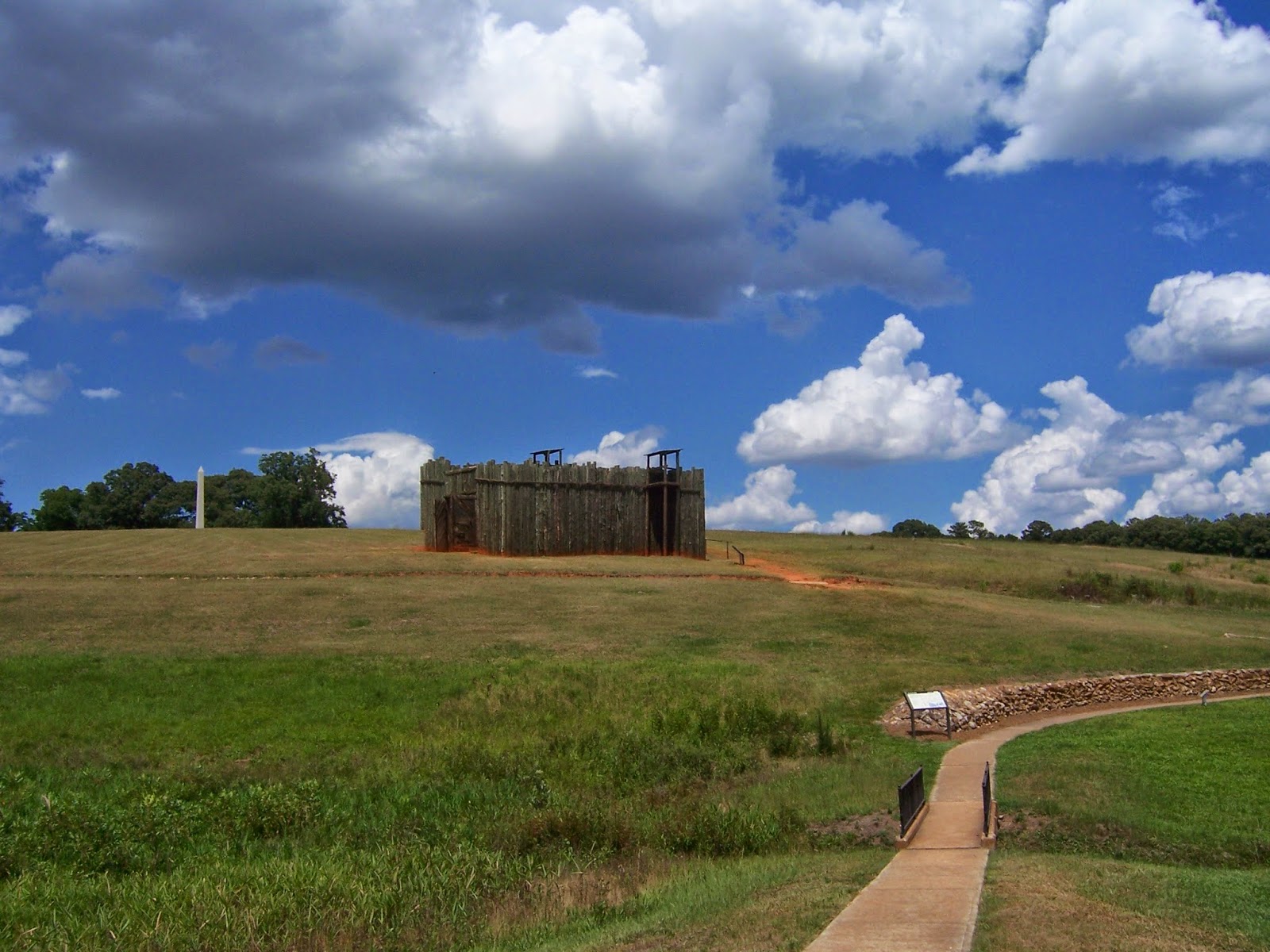 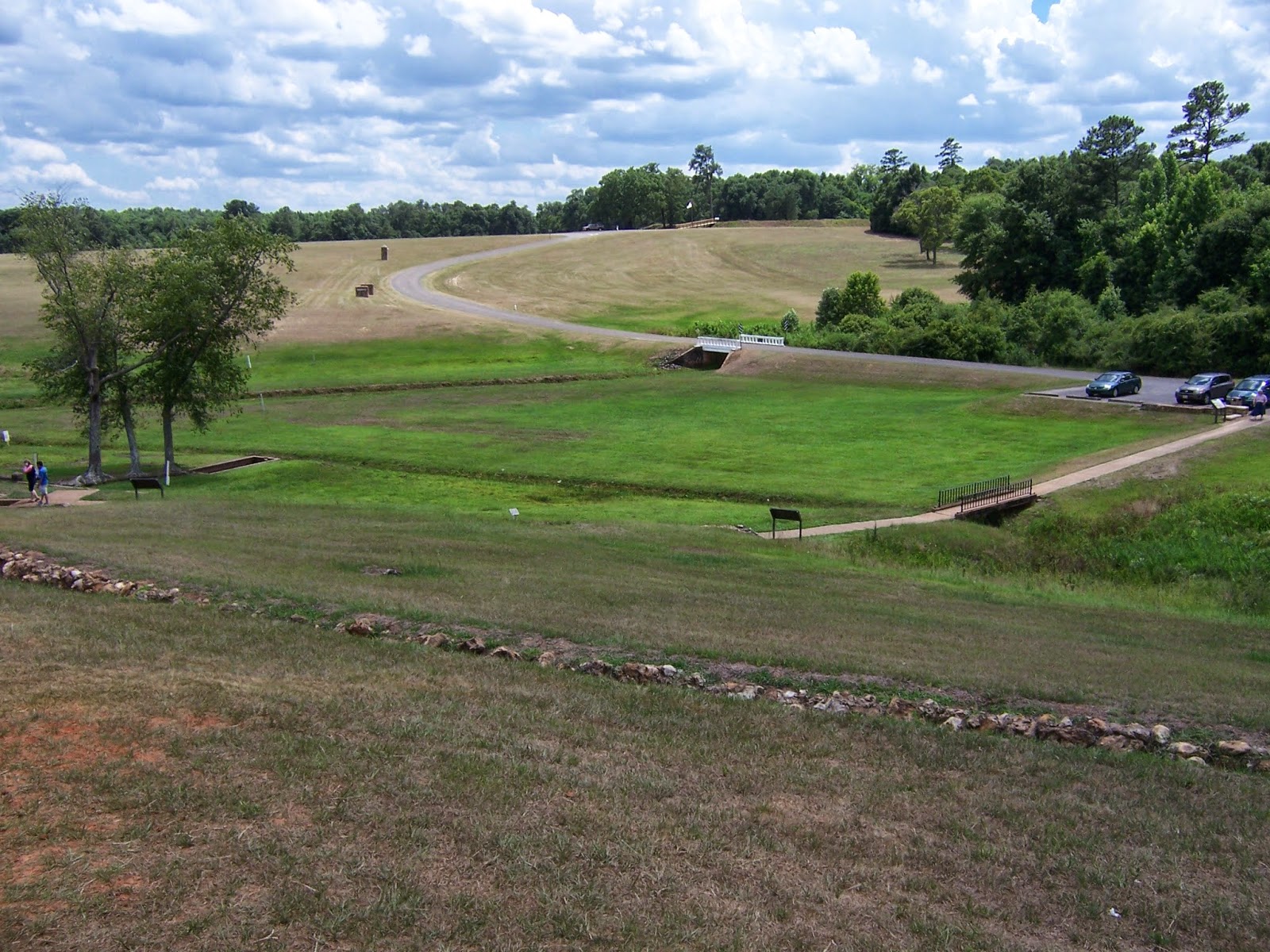 Sweat poured off us in the 98o weather as we walked through the 26-acre mostly treeless camp with the afternoon sun beating down on us. We both agreed conditions must have been deplorable in the 1860s. It’s unfathomable to imagine the ways humans devise to mistreat fellow humans, no matter their differences. Still, the camp intrigued us, as did the museum. 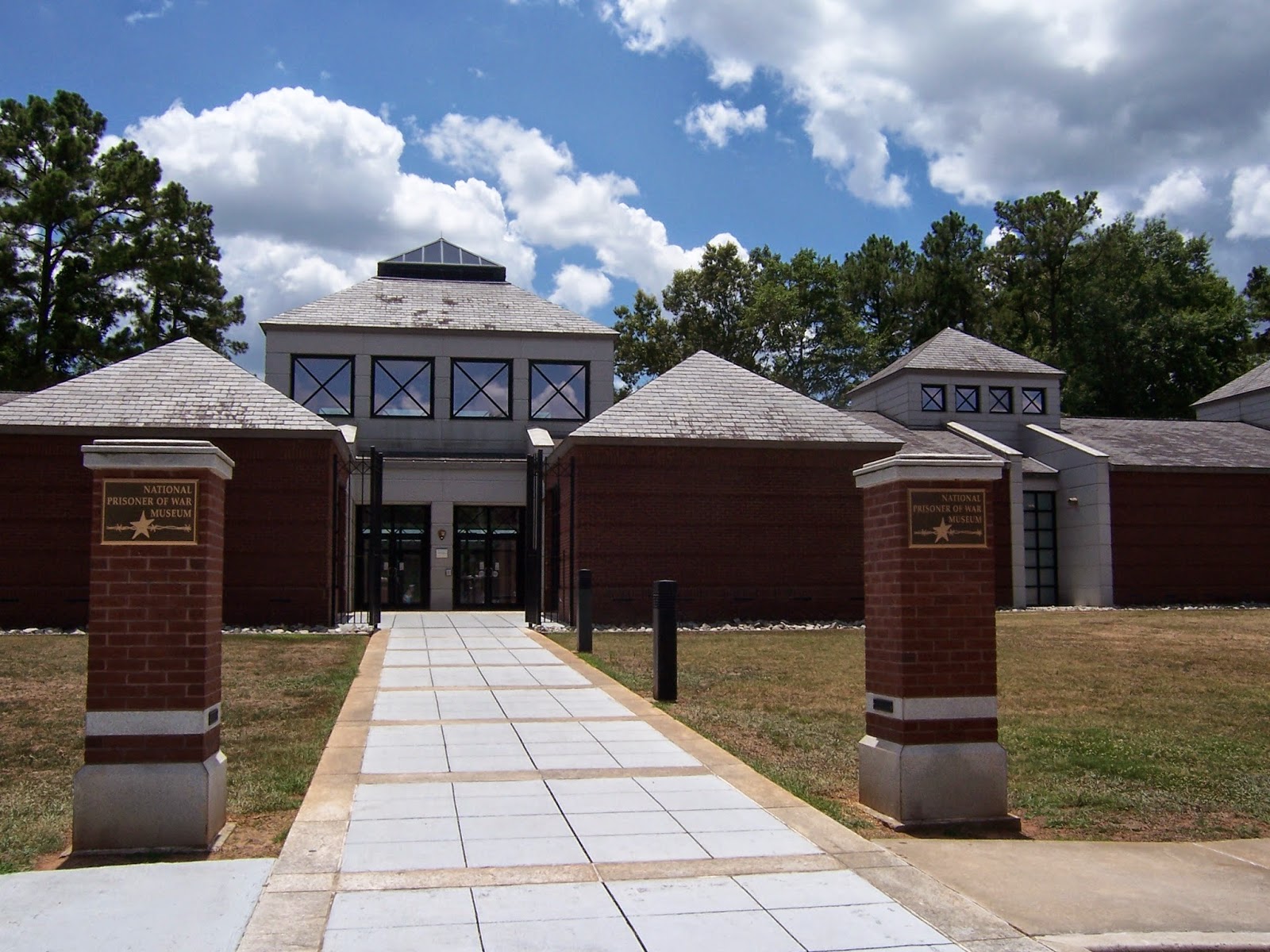 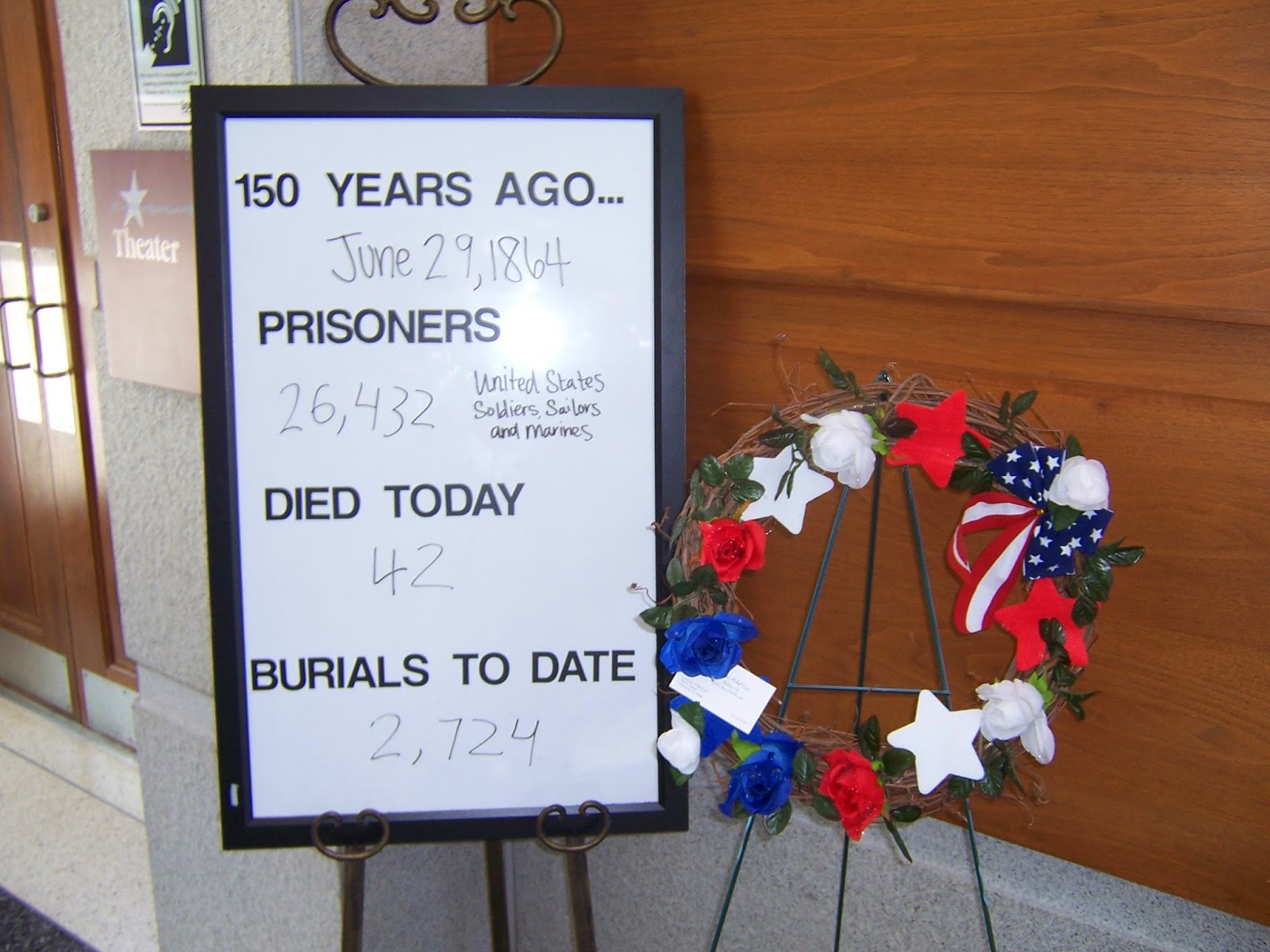 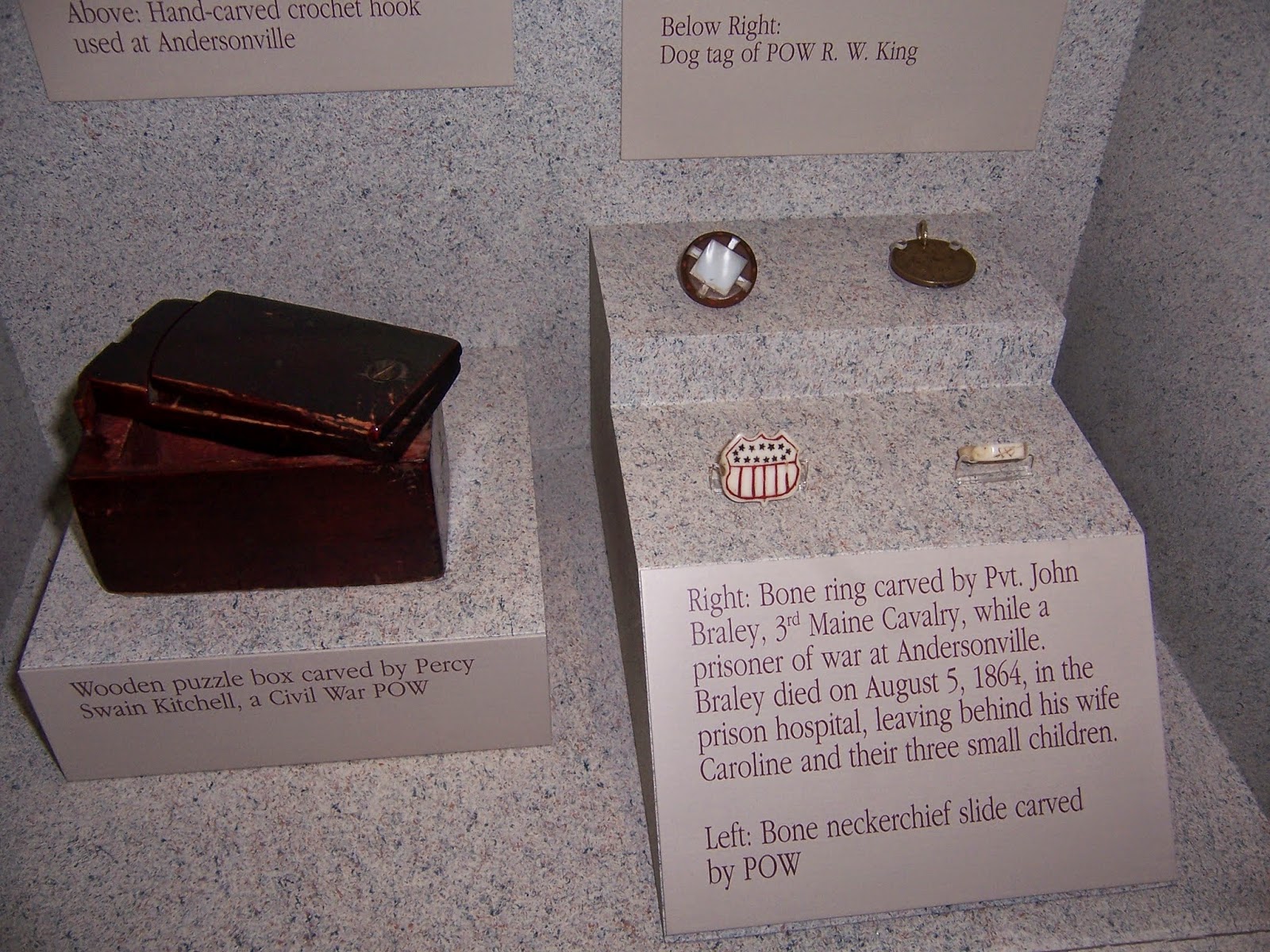 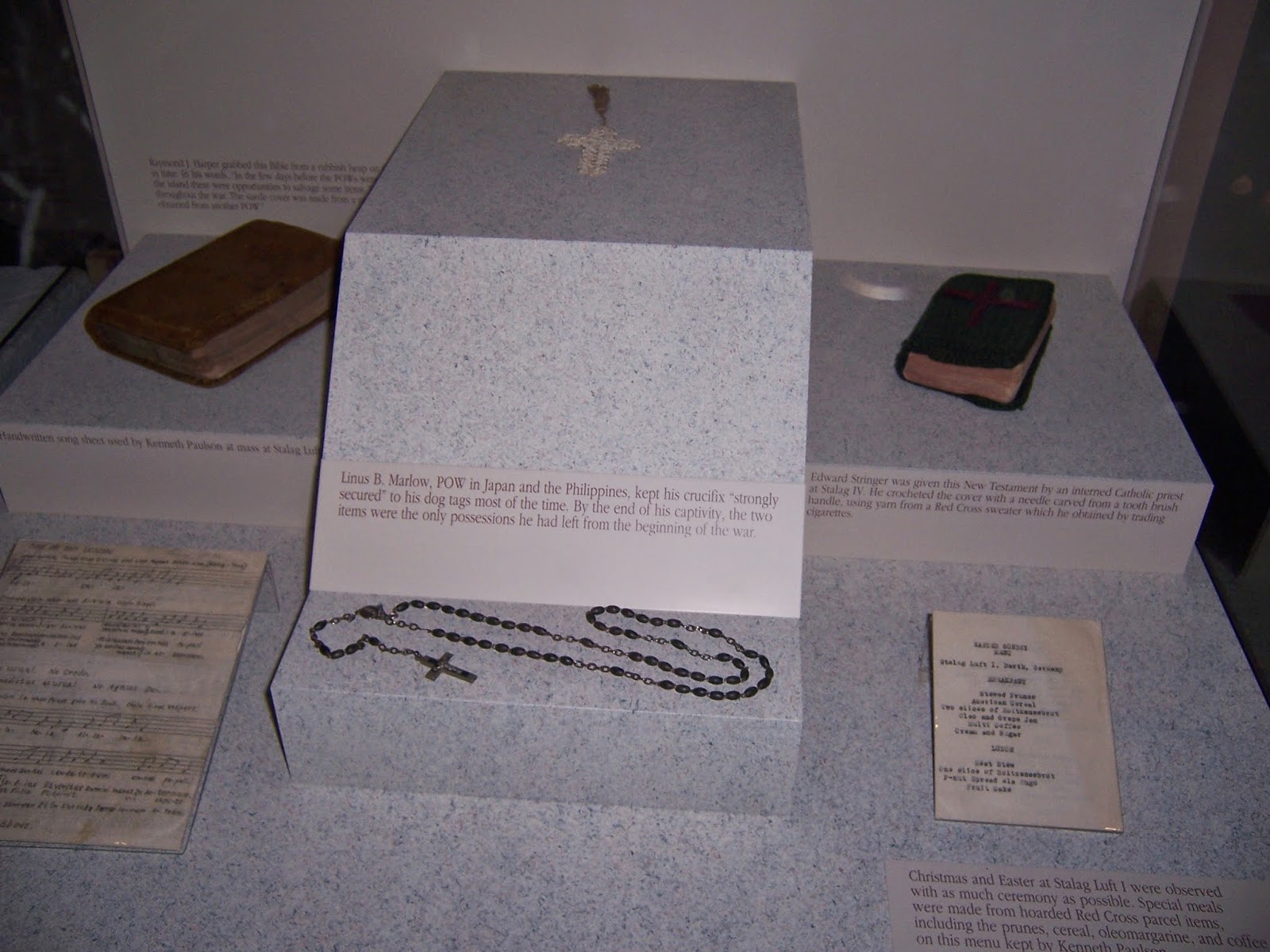 Josh and I were impressed with displays from each war and particularly the creative ways POWs found to endure such horrid conditions and pass the time. From inventing codes to communicate with each other to carving artwork in rocks or pieces of wood, the POWs seemed to have one thing in common—their ability to survive.

As I thought of this in the context of a Christian’s life, it seemed shocking that I was able to find any similarities. After all, we aren’t prisoners, nor are we mere survivors. We are victors! The war against our enemy has already been won! Yet, I marvel that Christians sometime allow themselves to be led into spiritual captivity by Satan and then spend valuable time in bondage to his lies.

We all know folks who profess to be Christians, maybe ourselves included, who live in bondage. We allow Satan to affect our moods, circumstances, choices, relationships, work, and countless other aspects of our lives when he’s already been defeated. (Colossians 1:13).

Christians should never be spiritual prisoners of war. Satan only takes prisoners when we let him. We’re often guilty of laying our troubles at the altar, then picking them up and walking away with them. We rail against difficult circumstances that could grow us spiritually. But the worst is when we yield to the lies the enemy tells us about our ability to function in God’s Kingdom.


The saddest part of this is—in listening to Satan’s lies, we’ve allowed him to build spiritual walls around us, cutting us off from God’s promises.

Once you were alienated from God and were enemies in your minds because of your evil behavior. But now he has reconciled you by Christ’s physical body through death to present you holy in his sight, without blemish and free from accusation—if you continue in your faith, established and firm, and do not move from the hope held out in the gospel. This is the gospel that you heard and that has been proclaimed to every creature under heaven, and of which I, Paul, have become a servant.  Colossians 1:21-23
Even though trials and heartaches can make a Christian’s life feel like we’re merely surviving at times, we must strive to live like victors. We are soldiers in God’s army, fighting for the unsaved and against an enemy who doesn’t want to relinquish his hold on them. (1 Peter 5:8) But we can never lose sight of the fact that Christ’s blood has already defeated Satan! When he tries to slither up to you and tell you otherwise, quote the verses below. He’s well aware of his future demise. As Christians, we can’t allow ourselves to forget it. (Ephesians 6:10)

It is for freedom that Christ has set us free. Stand firm, then, and do not let yourselves be burdened again by a yoke of slavery. Galatians 5:1

If you have a prayer need or would like to share a word of encouragement for others walking through trials, please share in the comments below. Feel free to e-mail me confidential prayer requests. I’d love to pray for you!

Check out the renovated Bible Gateway website! In addition to several Bible translations, they have devotions, articles, and books available for purchase. Bible Gateway is an invaluable resource I use for daily Bible study and writing research. Below are additional photos I took in Andersonville. Click on any of the photos in this post to see a larger image. Thanks!