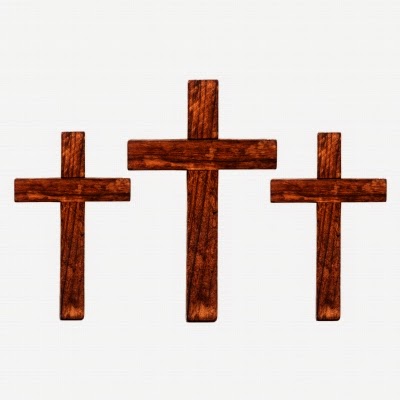 “For those God foreknew he also predestined to be conformed to the image of his Son, that he might be the firstborn among many brothers and sisters. And those he predestined, he also called; those he called, he also justified; those he justified, he also glorified.” Romans 8:29-30

I don’t know about you, but I love Easter, even more than Christmas. Perhaps it has something to do with the purity in celebrating the resurrection versus the almost total commercialism Christmas has become. (Though some have sought to do the same with Easter.) Maybe it’s because I feel the renewing of my spirit as I celebrate Christ’s sacrifice and resurrection, much like nature is reborn each spring.

Easter is a time for Christians to explore whether their lives conform to the image of Christ. How do we do that? By embracing the fact that it’s our destiny.

God has predestined us to fellowship with Him and do His Kingdom work. But how is this possible, when sin and our own self-focus often interfere? There’s only one way—through the cross.

Jesus’ earthly life and ministry culminated on the cross for our salvation. This was the central focus of everything He did. He loves us that much! (John 15:13). One could say His destiny was the cross. Yet, in order for His death to mean anything, He had to choose it.

God created us with free will to choose our own path. Once we encountered the cross and became Christians, we were no longer our own. Because of this, every decision we make reflects Christ to the world.

“Do you not know that your bodies are temples of the Holy Spirit, who is in you, whom you have received from God? You are not your own; you were bought at a price. Therefore honor God with your bodies.” 1 Corinthians 6:19-20

Christianity means living much deeper and broader than ourselves. We must never forget what an awesome and enormous responsibility it is to carry the name of Jesus.

The cross was costly. When Jesus was resurrected, an enormous price had been exacted on Him. He bore the wages for our sin. This Sunday, when we celebrate His resurrection, take a moment to consider that cost. It’s easy to become complacent in the politically correct society we live in, when faced with moral and social issues, and forget the price of our redemption. We have been “predestined to be conformed to the image of his Son.”

Are we willing to take up the cross of Christ and the cost it encompasses? Consider these thoughts from Jim Elliot, a martyred missionary:


“We are so utterly ordinary, so commonplace, while we profess to know a Power the twentieth century does not reckon with. But we are "harmless," and therefore unharmed. We are spiritual pacifists, non-militants, conscientious objectors in this battle-to-the-death with principalities and powers in high places. Meekness must be had for contact with men, but brass, outspoken boldness is required to take part in the comradeship of the Cross. We are "sideliners" -- coaching and criticizing the real wrestlers while content to sit by and leave the enemies of God unchallenged. The world cannot hate us, we are too much like its own. Oh, that God would make us dangerous!”

When you analyze your life, does it resemble the world or the cross? For Jesus, it was all about the cross. As we celebrate the resurrection of our Savior on Easter morning, can we say the same?

If you have a prayer request, leave a comment or e-mail me confidential requests. I’d love to pray for you. Would you take a moment to lift up those who leave comments, as well as those on our prayer list at the top of the blog? Thanks! J

I pray you all have a beautiful Resurrection Sunday.

“This is love: not that we loved God, but that he loved us and sent his Son as an atoning sacrifice for our sins.” 1 John 4:10


Cross image courtesy of luigi diamanti/freedigitalphotos.net
Posted by Laura Hodges Poole at 10:46 AM