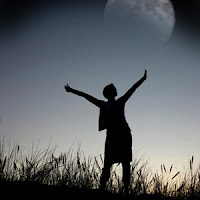 Many times I’ve felt the Lord’s presence in my life, guiding me, and speaking to my heart about my decisions. Specific prayers have received specific answers. Usually, when I pray, wrestle with a problem, and then come to the end of myself and say, “What now, Lord?” He answers me the mightiest.


A friend commented this week, she believed it was the devil’s tool to crowd our mind. I couldn’t agree more. Recently I’ve begun to see the craziness in busyness. I’ve never been one to while away my time without guilt. The more productive I am, the better.  The apple doesn’t fall too far from the tree.
If I didn’t know better, I’d say my father wrote the verse that appears in Proverbs 6:10-11 and 24:33-34, “A little sleep, a little slumber, a little folding of the hands to rest—and poverty will come on you like a bandit and scarcity like an armed man.” When my father enjoys leisure time, he’s still doing something. He rests after he has exhausted himself with work or fun. He’s the only person I know who can accidentally take a 20-mile bike ride. But that’s a story for another day.


Each day is a gift—not to be wasted in worry, regrets, grudges, past grievances, or score-settling. You can do nothing to change the past and tomorrow isn’t promised. The time you’re in right now—the present—is the only thing truly tangible.
Apple founder, Steve Jobs, died yesterday. He will go down in history as a giant in the technological  age of the 20th and 21st century. Among his many quotes was one from a speech he gave six years ago during his battle with pancreatic cancer. That death would come sooner rather than later was an understatement. He lasted longer than most with this diagnosis.


“Remembering that I'll be dead soon is the most important tool I've ever encountered to help me make the big choices in life. Because almost everything — all external expectations, all pride, all fear of embarrassment or failure — these things just fall away in the face of death, leaving only what is truly important.”
Jobs’ statement strips away the pretenses we all live under. While the proverb above cautions against laziness, there is also the extreme of overwork while chasing dreams, fulfilling goals, and trying to please everyone around you. Somewhere in the middle of the two extremes, you’ll find yourself—the one God envisioned when He created you.


And in the quest to find the point of balance, take inventory. When was the last time you listened for a response from God when you prayed? Or sought God’s plan for your life? Or willingly laid your own plans aside for His?
“Here am I, send me,” Isaiah boldly proclaimed.
Prayer: God of the universe, grant me grace when I stumble, contentment when I desire more, clarity amidst chaos, hope during despair, and wisdom to seek the path You have designed for me.
Posted by Laura Hodges Poole at 4:03 PM